By Marika Varro, The Convenient Chef

Okeover Organic Oysters has been owned and operated for the last 15 years by Andre Comeau and Chris Roberts. Committed to sustainable farming, their mission is to farm shellfish without harming the environment. They produce oysters of every size as well as “hand-dug” Manila clams. The tray-grown oysters are shipped to Vancouver and from there they are distributed locally and around the world. Oysters are not only delicious, they are also one of the most nutritionally balanced of foods, high in zinc, iron, calcium, selenium vitamin A and B12. As a bonus, they are also low in calories.

We are lucky to live in Powell River where we can just head down to the beach and pick our own, with a licence of course. Fresh oysters can be stored in your refrigerator, covered with a wet towel, for up to 10 days. Do not keep them in sea water or in a closed container. Shuck as close as possible to when you plan to eat them.

Shucking takes practice. You need a sharp knife, a small towel and a dish in which to catch the oyster’s juice, the “liquor” that keeps it alive o

nce it’s out of water. It is precious and tastes amazing.

For the best taste, eat oysters raw: squeeze a little lemon juice on the meat (or freshly grated horseradish or your favourite hot sauce for a bit more kick), knock it back, and chew ever so slightly to unlock the flavours. Oysters are also delicious when breaded and pan fried, poached, baked or barbecued. Toppings like cream cheese, bacon or Parmesan cheese also go well with oysters.

Drink what you like with oysters – Champagne, a crisp Sauvignon Blanc, a buttery Chardonnay or your favourite Townsite brew. Even water can create the perfect marriage. It is possible for oysters to produce pearls when foreign material becomes trapped inside their shells; however they should not be confused with actual pearl oysters, which are from a different family of bivalves.

Naturally occurring bacterium called Vibrio parahaemolyticus can be found in coastal waters during increased water temperatures. Illnesses can be avoided by cooking the oysters a minimum of six minutes to a temperature of 140F. Do not consume oysters or other shellfish during “red tide” (harmful algal blooms) not even cooking will eliminate toxins.

So, are oysters really aphrodisiacs? Research shows that raw oysters are rich in rare amino acids that trigger increased level of sex hormones. Try some yourself to find the answer!
Oysters Rockefeller
(Chris & Andre’s favourite)

1. Sauté garlic in butter for 2 minutes
2. Mix half of the garlic butter with breadcrumbs in a bowl
3. Add to remaining garlic butter in the skillet shallots and spinach, cook for
3 minutes
4. Add Pernod, salt & pepper, hot sauce; allow the mixture to cook down
5. Add to garlic butter-breadcrumb mixture olive oil, Parmesan & parsley, season with salt & pepper
6. Spoon a heaping teaspoon of spinach mixture on each oyster followed by a spoonful of breadcrumb
mixture
7. Sprinkle a baking pan generously with rock salt and arrange oyster on the salt to steady them
Bake in pre-heated 450F oven 10-15 minutes until 8. golden
9. Serve with lemon wedges and more hot sauce on the side 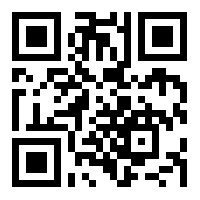